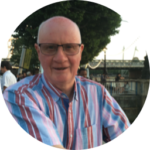 George was 2 when he contracted Polio in the 1947/1948 polio epidemic in Scotland.

He considers himself as lucky: only one leg was affected. His Mum knew of the efficacy of early physiotherapy, so over many months, she took George on three buses from Cowie to Tillycoultry so that he could receive intensive physiotherapy on his leg and he avoided the need for caliper.  He suffered severe muscle wastage and a shortening on his lower leg.  When he was 18, he had– a triple arthrodesis – which fused his ankle and reduced the shortening to just one quarter of an inch.

Like all Polio survivors, George then got on with his life and being a sporty, outdoors chap, he was did things like mountain climbing, playing basketball, and skiing for many years – determined that Polio would not win.

He started work as an engineer, his interest in youth work and adult education, sent him back to college to study Youth and Community Work and then embark on a career, which finally saw him retire as a Manager in Community Education in Dundee.

A member of BPF, he is the representative of the Tayside Group on BPF’s Scottish Committee.  As he became aware of the late effects of Polio and Post-Polio Syndrome (PPS), he joined SPPN to contribute to helping raise awareness about LEOP and PPS and to join the campaign for better services for Polio Survivors in Scotland.  He became Chair in October 2017. 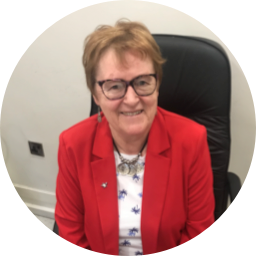 Susan is a retired Lecturer and Training Consultant who has worked with George in other voluntary organisations.  When George agreed to take on the role of Chair, she decided to volunteer to fill the vacant Secretary post since she reckoned she would be acting as George’s secretary anyway and might as well make it official. 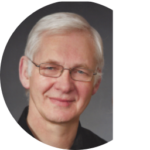 Peter Jones is Vice Chairman of SPPN. He joined the committee in 2016 after retiring from a professional career in pharmacy – in teaching hospitals in London and Edinburgh, followed by fifteen years in Health Board senior management. For the past nineteen years he has worked as an independent consultant pharmacist working for a wide range of clients in the public, private and professional sectors, including nine years with his professional regulatory body.

Peter contracted polio in 1947, mainly affecting his right leg. After a series of callipers in childhood his right ankle was fused in 1964. He has led a normal professional life until the last decade or so when the long-term effects of polio, especially in terms of walking comfortably, have been more evident.

Working with SPPN, Peter hopes to see greater recognition of post polio syndrome by both the health care professions and members of the general community. He would also like to see “joined-up” working between the healthcare professionals treating people with PPS so that best practise can be shared within Scotland leading to better and more integrated patient care. 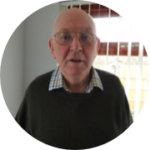 My Polio story started when I contracted the Virus in September 1958 aged 8. I was admitted to Cameron Hospital for infectious diseases at Windygates in Fife, where I was put into an Iron Lung for about 2 weeks then transferred to a bed. Other than getting some Physio not a lot happened there

I was transferred to the PMR in the November and spent 4 months there in one of the huts at the top of the hill. I remember having a lot more Physio in and out of the swimming pool there

After being discharged I went back to leading as normal a life as possible, although I had some limitations in what my arms would allow me to do there was not a lot I would not try to do, this Philosophy I have used all my life since then (or as my wife puts it, I am very stubborn)

My first experience with SPPN was when there was an article in our local paper about PPS, (which I had never heard of before then) the article was also inviting people to come along to the AGM in Dundee

I came away from that meeting having joined SPPN and  been voted on to the Committee where I have been an Office bearer ever since. 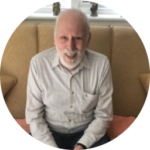 As someone who has lived with Polio and has suffered from PPS since about 1990, I joined the Scottish Post-Polio Network in 2000 and became a committee member in 2003.  I was elected as Treasurer at the 2004 AGM and served in this position until the 2018 AGM and I am still a committee member and AGM/Conference Organiser.

I contracted    Polio in 1957 while in the 3rd year pf my apprenticeship as a gardener and was off work for 12 months. On going back to work, I worked in a seed merchants for a year before transferring to a Landscape Gardeners Company. In my 5th and final year as an apprentice, I went to Horticultural College for 2 years and trained as Horticulturalist and Nurseryman.

I worked my working life between running nurseries and Landscape businesses before moving up to Scotland in 1976 where I worked with Fife Council for 8 years. I then became self-employed again and set up a small shrub nursery supplying Landscapers and also developed a company building select houses with 2 friends. 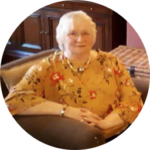 I caught polio in 1946 at the age of 3 years, in Edinburgh Scotland, spent 12 months in  City Hospital which was the fever hospital where I was in isolation for most of the time, until I was transferred to the Princess Margaret Rose Hospital under the expert care of Mr George Mitchell and in later years Mr Malcolm MacNicol, had various operations to get me back on my feet and make me as mobile as possible.

My parents moved to  Islay so I could attend a smaller school in the hope I would catch up on some of my lost education but due to a couple of falls, it was back to PMR to be repaired and once again returned back to school.

I worked most of my life in the catering trade as my parents had a couple of hotels, unknown to my parents and myself the  long hours on my feet were to take a toll in later years when I once again started to experience various problems , diagnosed with Post Polio Syndrome after being sent to the Lane Fox Unit at St Thomas London.

I joined the Scottish Post Polio Network just after it was set up in 1999 after I returned to live in Edinburgh. I served as Chairperson vice Chairperson and secretary until 2017 when I semi retired from the Network due to my health deterioration due to  having breast cancer twice in 10 years and the continuing advance of PPS symptoms. I continue as a committee member and advisor to the Chairperson and committee.